January is National Mentoring Month meant to spotlight the importance of mentors and the need for each child to have a caring adult in his or her life.  While almost any child could benefit from having a mentor, one population that needs positive and genuine relationships more than anyone is children and youth in foster care.  Two of my favorite PSAs were produced by Casey Family Programs as part of their Raise Me Up campaign.  While the campaign’s website is no longer active, I was able to find the PSAs on Youtube:

One of CCAI’s own Foster Youth Interns from last year, Sam Martin shared about his own mentor saying, “He stepped into a father role for me.  He’s been there whenever I’ve needed him because he knows I don’t have any other support.  He is one of the reasons I flourished.  I really don’t know where I’d be without him.  He has changed my life.”

Studies continue to confirm this message–mentors make an important and lasting impact in the lives of children.  Children who are mentored are 45% less likely to use illicit drugs, 59% more likely to succeed in school, and 73% more likely to attain higher life achievement goals.

Be sure to visit nationalmentoringmonth.org to learn how you can get involved in mentoring this month!

An article came out earlier this week by Megan McArdle titled Abortion, Adoption, Supply and Demand that examined the link between adoption and abortion rates.  The author was arguing a claim made by a fellow writer, Andrew Sullivan, that promoting infant adoption is a feasible way to lower the abortion rate.  Sullivan wrote, “If the pro-life movement dedicated its every moment not to criminalizing abortion but to expanding adoption opportunities, it would win many more converts.”

McArdle responds, “I find it far-fetched that women are having abortions because no one is willing to help them give the baby up for adoption–there are lots of people and agencies that will not only help them, but pay a substantial portion of their expenses until they deliver.  They’re having abortions because pregnancy is physically uncomfortable, and there’s still a social stigma on women who carry a baby to term in order to give it away.”

Just a few months ago, the Center for American Progress released a report that seemingly aligns with McArdle’s viewpoint.  The report is titled The Adoption Option: Adoption Won’t Reduce Abortion but It Will Expand Women’s Choices.  In trying to educate readers about the abortion landscape, the report shared some statistics:

The report goes on to examine how prior to Roe v. Wade in 1973, the adoption rate was as high as 19.2% for white women, but fell to only 3.2% just fifteen years later.  The Guttmacher Institute writes that the decline in the adoption rate is affected by the societal shift in accepting single mothers, and that the abortion rate also fell during the same period time.  Because of this, the Institute points out that promoting adoption is not an effective strategy for reducing the abortion rate.

A few of the policy recommendations the report includes is that more research is required to best serve the needs of women considering adoption, along with greater awareness about the modern adoption system, and improved post-adoption services.

The deadline for CCAI’s 2011 Foster Youth Internship program is this Friday, January 7th.  The FYI program brings former (or current) foster youth to Washington, DC for a summer internship in a Member of Congress’ office.  During the program, interns gain valuable work experience while sharing their ideas for improving the foster care system with federal policymakers and advocates.  CCAI also coordinates events throughout the summer, including networking lunches to weekend retreats.  Please encourage the former foster youth you know to apply to this life-changing experience.  Here are what people are saying about the program:

“Spending all summer in Washington, DC advocating for foster youth all over the nation will forever be one of the greatest memories in my life” -Mason, FYI 2008 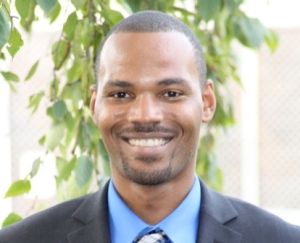 “The staff at CCAI and my fellow interns will forever be in my heart. This experience was nothing short of amazing.” – Markus, FYI 2010

To be eligible to participate, youth must have completed at least 4 semesters of college or vocational school by May 31, 2011, and must have spent at least 24 consecutive months in foster care at any point in their lives.  Visit the ‘Apply to FYI’ page for more information and the application.

If you missed the video about the program, be sure to watch it here.