Following the January 22, 2013 Russian Supreme Court Letter on Implementation of Federal Law No. 272-FZ, CCAI has continued to work closely with Members of Congress and our partners inside Russia.  In situations like these, CCAI’s priority is to ensure that the U.S. government is aware of all individuals directly impacted and have the information necessary to act on their behalf.  The following are actions that have occurred since our last update:

House Resolution 24: Expressing the deep disappointment of the House of Representatives in the enactment by the Russia Government of a law ending inter-country adoptions of Russian children by United States citizens…

For more information, please visit CCAI’s Russia Page on our website, see the “Russia Bans Adoptions to the United States” section of our January 15, 2013 Legislative Update,

As required by the Intercountry Adoption Act, passed by Congress in 2000, the U.S. State Department recently sent its FY 2012 Annual Report on Intercountry Adoption to the Hill. According to the report, the total number of intercountry adoptions to the US in 2012 has dropped to 8,668, as compared to 9,320 in FY 2011. This decline, which has been a trend in recent years, is the result of several factors.

First, countries that have been longtime partners with the United States in international adoption have experienced significant reductions in the number of children adopted by United States Citizens.  For instance, in 2005, 14,493 Chinese children were adopted by US families as opposed to 2,697 adoptions in 2012.  Similarly, in 2004 Russian adoptions peaked at 9,425, compared to 748 last year and Korea dropped from 2,287 US adoptions in 2003 to 627 in 2012.

In either case, the declines are attributable to one of two things, or a combination thereof.  First, countries such as Korea, China, and Russia have made sincere efforts to increase the number of children adopted domestically in their respective countries.  There is also some evidence to suggest that the number of children being abandoned in these countries has declined. Secondly, there has been a tremendous amount of pressure put on developing countries to shut down their international programs to prevent or guard against fraudulent or corruptive practices in the adoption process.

There are some other trends that are worth noting. Four out of five of 5 of Hague compliant countries that facilitated the most adoptions, reported having average processing times of over a year, with India reporting 606 days being needed to complete a case.  Given the importance of a strong and reliable connection to a family for a child of any age, it is worth looking at if there are ways to appropriately shorten these timeframes.

And there is a bit of good news.  According to the US State Department, 99 US born children had their dream of a family fulfilled by a family outside of the United States, an increase from last year (73).  The report notes that the majority of these families are in Ireland, Netherlands and Canada.  What this shows is that the United States is committed to looking anywhere in the world to find a safe and loving home for its children.

So what does all this mean?  First off, it is important to remember that there is no such thing as an “ideal” number of international adoptions.  While international adoption is an important tool for countries to use in reducing the number of children living outside of family care, it is not always the best or most appropriate option for every child.  That being said, there is an ideal number of children living outside the care and protection of a family; ZERO.

CCAI hopes that the recently released report and others like it will serve as evidence of the need for the US government to take the lead in the effort to reduce the number of children living outside of family care and will continue to support the efforts of federal policy makers to move us in this direction.

The five countries that facilitated the most intercountry adoptions into the U.S. in FY 2012:

The 5 Countries that comply with the Hague convention that facilitated the most adoptions, average number of days to completion, and median adoption fees per country in FY 2012:

The Total number of outgoing intercountry adoptions from the U.S. in FY 2012:

The three countries with the highest number of intercountry adoptions from the U.S. in FY 2012:

The adoption tax credit, which can be claimed for eligible adoption-related expenses, has helped thousands of American families offset the high cost of adoption since the credit was established in 1997.  The American Taxpayer Relief Act permanently extends the adoption tax credit and income exclusion for employer paid or reimbursed adoption expenses up to $10,000 (adjusted for inflation).

For a copy of the bill see the Text of the Bill from Senate Finance Committee website (the third PDF from the link provides a summary that lists the provisions in the bill).

To learn more about the adoption tax credit, its history and application please see:

Several actions have been taken by Members of Congress in response to this crisis.

Russia’s decision to abruptly end adoptions by the U.S. families is tragic for two reasons. First, that Russia would see fit to use their own children as political pawns, and second, that their actions did not evoke moral outrage by members of the global community.   Until a child’s right to a family is properly recognized as a basic human right, such violations can continue without serious consequences for anyone other than the children themselves. 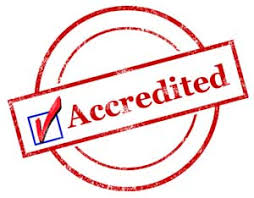 Universal Accreditation for Intercountry Adoptions in the U.S.

In 2000, The Intercountry Adoption Act required that adoption agencies assisting with an international adoption be accredited.  Where the IAA fell short is that it only applied to adoptions between countries that are both parties to the Hague Convention, meaning that if an adoption is between the U.S. and a non-Hague country such as Russia or Ethiopia, the agency performing the adoption does not have to be accredited and the family involved is left without the corresponding services and protections. 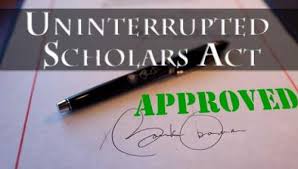 The Uninterrupted Scholars Act amended the Family Educational Rights and Privacy Act (FERPA). When FERPA was written in 1974, lawmakers’ intended to protect parents’ control over their children’s student records. However, because of FERPA, social workers had to obtain a court order to access the school records of a youth in foster care. This meant that youth in care, many of whom have multiple foster care placements, which resulted in school transfers, often had to retake classes or repeat grades because the child welfare agencies and schools could not effectively and efficiently communicate about an individual’s academic records. The Uninterrupted Scholars Act provides social workers access to school records in an effort to ease transitions and improve educational outcomes for foster youth.

The Action Plan is the first-ever whole-of-government strategic guidance on international assistance for children in adversity. The Plan provides a blueprint for the appropriate USG agencies to use in delivering coordinated and effective assistance to children who are vulnerable to violence, abuse, exploitation, and neglect and is governed by three core objectives:

Within five years, the Plan calls for USG funded programs to achieve significant reductions in the number of children not meeting age-appropriate growth and developmental milestones; children living outside of family care; and children who experience violence or exploitation.

On January 4, 2012 the Supreme Court agreed to address a 1978 federal law underlying the adoption of American Indian children.  The last time the Court reviewed a case regarding the federal Indian Child Welfare Act was 24 years ago in the 1989 Mississippi Band of Choctaw Indians v. Holyfield.  Since that time, state supreme courts have been split in their decisions regarding the placements of Native American children impacted by the law.  The Court has agreed to hear the case of “Baby Veronica” who was adopted by a couple in South Carolina and later removed from her adoptive placement and placed with her biological father, a member of the Cherokee tribe living in Oklahoma.

Late last night, the United State Senate unanimously passed S. Res. 628, a resolution expressing the body’s disappointment over the recent passage of a Russian law banning the adoption of Russian children by American citizens.  This resolution, the most recent step in a long series of actions taken by Members of Congress, expresses the Senators’ deep concern with the law, which would deprive a significant number of Russia’s 740,000 institutionalized children their chance of finding a permanent, loving family.

“Given the immensity of the challenges facing the Russian government, one would think they would be taking every possible action to decrease the number of Russian children living without families,” said Kathleen Strottman, Executive Director of the Congressional Coalition on Adoption Institute (CCAI). “Sadly, it is the Russian children, many of whom have spent their entire childhood in institutions, who will suffer the most because of this law.”

“Whatever issues our two governments may be facing, there is no political reason to put vulnerable children in the middle of political posturing,” Landrieu said. “Children should be raised by parents, not in orphanages, institutions or alone on the street.”

“It is extremely unfortunate and disheartening that the Russian Duma and President Putin would choose to deprive the children, the very children that they are entrusted to care for, the ability to find a safe and caring family that every child deserves,” Inhofe said.  “As a grandparent of an internationally adopted child, I know that this new law is against the interests of the Russian people, in particular Russian children.  The law continues the disturbing anti-American trend that has been taking place in Russia for the past several years.  It is nothing more than a political play against the United States that ultimately leads to greater hardships and more suffering for Russian children who will now be denied a loving family.”

Since learning of the possible ban, CCAI has been deeply engaged in supporting this and other opposition efforts by Members of Congress.  Earlier this month, CCA Members of Congress sent a bi-partisan letter to President Putin urging him to veto the legislation. “We fear that this overly broad law would have dire consequences for Russian children,” they wrote. “Nothing is more important to the future of our world than doing our best to give as many children the chance to grow up in a family as we possibly can.”

Now that the ban has been enacted, CCAI continues to work with the State Department and Members of Congress to urge the Russian government to grant clemency for cases already in progress. In situations like these, CCAI’s priority is to ensure that US government officials  are not only aware of the personal circumstances of all American families directly impacted but also have the information necessary to effectively advocate on their behalf.  CCAI strongly encourages families that are affected to accommodate the State Department Office of Children’s Issues request for information regarding where they are in the adoption process. The State Department has requested that families email Russiaadoption@state.gov with the subject line: “Intercountry adoption in Russia – family update.”