On May 9th, 2010, almost five months after the earthquake, the AP published an article entitled “Desperate Parents Abandon Children in Haiti.”  In it, they described how poor parents, who had been struggling to provide for their children before the disaster, have been all but pushed over the edge by its effects.  It also describes how many of these parents have come to look to orphanages and IDP camps as places where they might receive the help they are most desperately in need of.  I was struck by one part in particular which read,

The United Nation’s Children’s Fund set up a toll-free hotline in February for abandoned or lost children who had been separated from their families during the quake. The call center has registered 960 children so far. ”We don’t call them orphans because they could have family,” explained Edward Carwardine, UNICEF’s spokesman in Haiti.

UNICEF gave the hot line number only to agencies and aid workers — not the public — for fear of an avalanche of calls from desperate families trying to unload their children.

To me, these four sentences say a lot about what is wrong with our current approach to serving  not only Haiti’s, but also the world’s orphans.  First, as always, we seem to spend more time talking about whether the children of desperately poor parents are orphans than we do in trying to prevent these parents from being in circumstances that at some point down the road will make them orphans.  Secondly, we incorrectly view the work that is going on in Haiti today as “disaster relief and response” when in truth the problems facing children in Haiti existed long before the earthquake and unless something is changed, will exist long after disaster relief has moved elsewhere.  Finally, we have yet to realize that instead of establishing a hotline number for the relatively small number of families who have been unwittingly separated from their children because of the quake, the U.S. government, the Haitian government, and its Donor and Non-Governmental partners, should be working to set up safety nets to support “the avalanche of calls from desperate families trying to unload their children.”

At CCAI, we believe that the international paradigm around serving orphan and vulnerable children must change.  Instead of spending hundreds of millions of dollars on caring for children because have been orphaned we need to invest millions of dollars in practice proven strategies to prevent them from being orphans.  How to do this is simple.  We must invest more in a keeping families intact and when that proves impossible, we must invest in systems to place children into other permanent family settings through kinship care, guardianship, domestic and international adoption.

To that end, CCAI recently hosted over 50 U.S. and international experts in providing permanency to children.  We asked them to collectively consider what could be done to change the system of child welfare in Haiti from one that relied heavily on institutions and international adoption to one in which depends of the fuller continuum of child welfare services described above.  I personally took away three things from this meeting.  First, the majority of the children who are abandoned to institutions in Haiti are abandoned because of poverty.  Parents (which in many cases are single mothers) place children in orphanages or worse allow them to be used as restaveks in the hope that these new homes will give them what they cannot: food, shelter, health care and an education.   It is not enough to put in place employment, housing, health care and education programs and hope that the presence of these things will assist these families.  As we do here in the United States (  i.e. TANF, SCHIP, public education, section 8   ) we must take special effort to ensure that dedicated programs exist to provide these four things specifically to children and families.

I also learned that in our desire to help, we can be part of the problem.  Haiti already had the highest rate of NGOs per capita before the storm and some reports say that the number has doubled since the disaster.  Oftentimes, well meaning organizations are providing services without the knowledge or consent of the Haitian government or which are duplicative, counterproductive or non-coordinated with other similar N.G.Os.    This situation not only makes the Haitian government appear powerless, but most likely results in a great deal of time and money being wasted.  At least in the area of child welfare, we need to shift this paradigm away from the status quo toward one in which the Haitian government is the lead and NGOs are called upon to fill needs the government wants, but cannot provide. 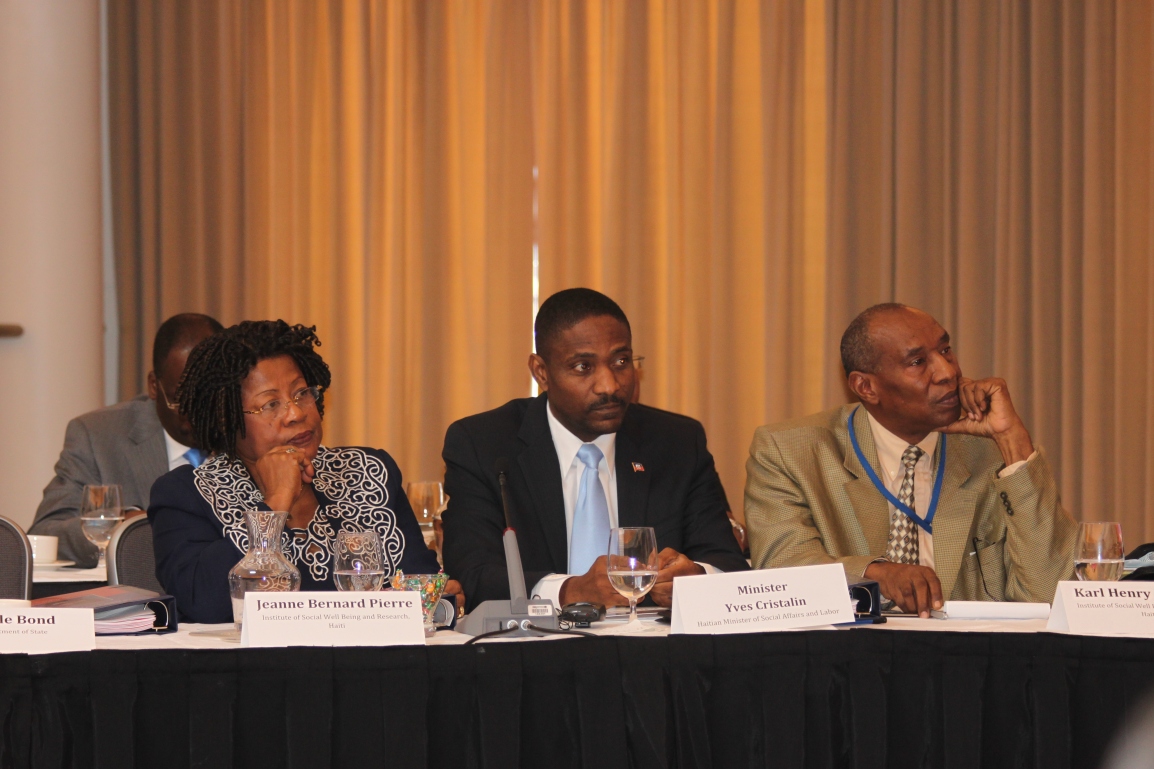 Finally,  this meeting emboldened me in the belief that one of the most precious forms of assistance we can provide the Haitian people moving forward is the value of our experience.  I know that several of our Nation’s top experts in education reform have already been called upon to help in establishing Haiti’s first ever publicly funded education system.  Lessons from the transformation of urban school systems, such a New Orleans, are being used as prototypes to base this type of reform in Haiti.  For the past 50 years, some of the best minds have been dedicated to ensuring the children in America have access to safe and stable families who can provide them with all they require to grow into healthy, productive future citizens.  We should use this to help the Haitian officials learn from our success and avoid our failures.

The convening was just a first step.  And CCAI remains committed to helping the Government of Haiti in establishing a child welfare system that serves children in and through families.  Looking forward realizing that day with all of you.