At CCAI, we believe that one child without a family is one child too many.  Right this very minute, more than 100,000 children in the United States’ foster care system are waiting to be adopted.  Last year, nearly 30,000 foster youth turned 18 and emancipated from care without the families they need and deserve.

In an ideal world, the general population would be well informed before developing opinions about important issues such as child welfare. The reality is, however, that most people gather their information from hearsay or biased media outlets. Television shows like NBC’s The Office or Fox’s The O.C. portray foster youth in a wide spectrum of abnormalities, ranging from slightly weird to unstable to dangerous or unmanageable. As a result, many potential candidates for foster parenting opt for other adoption options because they believe that fostering a child would be too difficult. Tragically, their mistaken views add to the growing number of children left without families.

The Dave Thomas Foundation for Adoption partnered with Harris Interactive to conduct the 2013 National Foster Care Adoption Attitudes Survey to more than 1,400 American adults to gain a broader understanding of their attitudes concerning adoption. With this survey, a follow-up to a similar survey taken in 2007, the Foundation hoped to “better understand Americans’ attitudes about foster care adoption, their belief about the children waiting to be adopted and their perceptions of the foster care system.” Just recently, they released the findings of the survey to the general public, which can be viewed here. 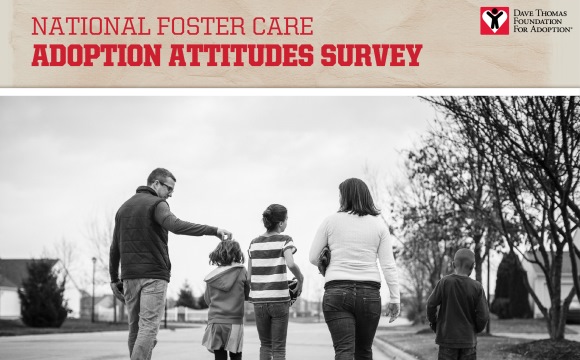 Among the survey’s main findings:

This survey comes six years after DTFA’s initial survey.  The most notable change in attitudes between then and now is that a greater number of Americans understand that children who are in foster care are the victims of abuse and neglect, not dangerous delinquents.  In 2007, 59 percent of respondents thought children adopted from foster care were more likely to have problems with behavior and self-control. In 2012, the number fell 13 points to 46 percent.

So what does all this mean for policymakers?  Below are just a few current policy areas which might help to address the issues identified by the survey.

For the purpose of this post, CCAI only used a portion of the information resulting from the survey. The complete 2013 National Foster Care Adoption Attitudes Survey can be found here.